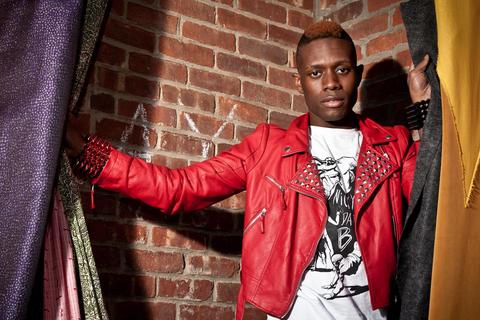 New Orleans Bounce Music is the cultural creation of over 23 years of DJ's, rappers, dancers and audiences working together to hold onto a beloved beat and help it grow and adapt to the desires of New Orleans' music lovers. From children's birthday parties to funerals and wakes, the city embraces Bounce culture across race, gender, and class boundaries. It's a sound that emanates from night clubs and block parties, festivals and parking lots, and its MC's and proponents are as unique as the city that birthed them. Currently, and ironically (for Rap Music), Bounce is making it's way into the wider world through the work of several gay or transgendered rappers who have been dubbed Sissy Rappers. Big Freedia, Sissy Nobby, and the Queen of Bounce, Katey Red have been working over 12 years to make Bounce their own, and the last 3 years to bring it across the globe; and the city has encouraged them every step of the way.

Nicky Da B is at the forefront of the next generation of New Orleans Bounce Rappers. He is currently earning huge accolades for his most recent work with Grammy nominated producer Diplo on "Express Yourself" (currently in rotation on MTV and an NPR Song of the Day), his ground-breaking video for "Hot Potato Style" and his sold out headlining performance at the Sydney Opera House this past June. His style is deliberately smoother than many of his Bounce contemporaries (though his lyrics are no less explicit) and his delivery is very unique...lying somewhere between the rapid fire vocalizations of Jamaican Dancehall and the call and response party-style chants of NoLa Bounce, complimented by a rap lyricism not usually associated with the genre. He uses his voice naturally (and unnaturally!) to create the chopped vocal sound that many other rappers do via the producers' magic fingers. His live performance is highlighted by several choreographed songs featuring his three amazing dancers and his DJ/Manager Rusty Lazer.