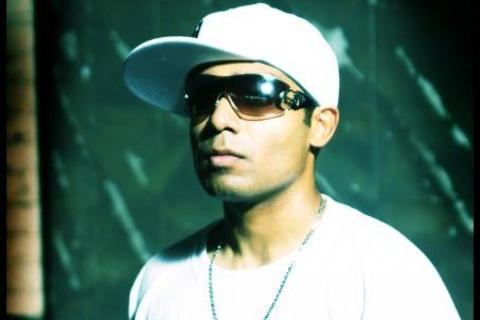 Lazarus was recently invited to perform at Def Jam Founder Russell Simmons' home where he received a standing ovation from Russell Simmons himself. Video of the event found at www.lazarus-world.com.

Having sold close to 30,000 copies of his debut album “Chapter One: The Prince Who Would Be King” and attaining well over 200,000 downloads of his latest mixtape "Lazarus Story," Lazarus has made himself an icon in the underground hip hop scene of today and continues to grow in the streets and throughout the internet. MTV VMA award nominee Anthony Garth (director of The White Stripes, Eminem, Three Six Mafia, and Jim Jones) directed the video for Lazarus' first album single "Let The Game Know" after seeing his notoriety on the Discovery Channel documentary he was featured in, entitled “The Real 8 Mile" that was aired worldwide and hosted by 2-time Pulitzer prize winning New York Times writer Charlie LeDuff. LeDuff, recently a main feature in Vogue Magazine was interviewed in TV Guide Magazine, and described Lazarus as one of the most charismatic and appealing rappers to grace today's hip hop scene, explaining the reason for his story to be portrayed on worldwide television.

What separates Lazarus from the typical spitfire lyricist in the industry is not only his undeniable ability to write songs, but his storyline and his image, distinct from any rapper who has ever graced the mic. Born in Detroit, Michigan, Lazarus brings a certain level of energy and emotion in his delivery that demands the attention of his audience; the audience that soar to his performances. Having an incredible amount of shows under his belt, Lazarus has performed at many prestigious venues including Detroit's famous Joe Louis Arena, St. Andrews, the Bull Frog, the Majestic Theatre, to headlining for the Ruff Ryders, P. Diddy's "Vote or Die" campaign at Wayne State University, and opening up for G-Unit, and also for Eminem's D12.

Lazarus first attained recognition through the battle circuit in Detroit. Having defended his freestyle skills on many stages and after retiring as battle champion on “Freestyle Friday” on Detroit's mainstream radio station FM 95.5, along with winning battles on FM 105.9, he began attaining the studio time necessary to make his first professional mixtape. Transitioning from battling to song writing, and selling records on the streets, Lazarus garnered the attention of FM 98 WJLB, the number one radio station for hip hop and R&B in Detroit, which began spinning his music in the midst of mainstream commercial songs.

The positive responses attained from the mixtapes interested Eminem and Royce Da 5’9” mentor I.V. Duncan to give Lazarus the studio time and production necessary to produce his first EP. Combining the production of I.V. and Bang on the Table producer Alpha-Bet, his debut album was set for recording. Meticulously grinding out 18 tracks with structure and composure that compares itself to some of the greatest records to have ever been produced, “Chapter One: The Prince Who Would Be King,” which includes a feature track from Royce Da 5’9”, was completed. Receiving critical acclaim from this album, Lazarus was nominated for “Lyricist of the Year,” “Song of the Year,” and “Artist of the Year” at the 2007 Detroit Hip Hop Awards. The lead single off the album, “Let the Game Know” continues to get played on FM 98 WJLB, FM HOT 102.7, and FM 89.3 of Detroit, along with radio stations in New York, Europe, and Canada and the music video for it has reached over 1 million views on YouTube.

Lazarus was also picked by Fox Sports Detroit to compose the official theme song for the Detroit Red Wings hockey team in Detroit for the 2010-2011 Playoffs, furthering his buzz in the city of Detroit.

Lazarus recently released two self-directed music videos to represent his heritage. The first one, released in February of 2011, showcases the realities of Pakistan in the video "Drug of Choice" featuring vocals from the late legend Nusrat Fateh Ali Khan, which reached over 1 million views on YouTube within 2 months. The second single off of his mixtape, "Too Much Pride," was released in May of 2011; the song and video represent Lazarus' hometown of Detroit and includes the feature of Hot Lava's Stretch Money. Pakistan's TV channels GEO, AAG, MTV and ARY rotate his music videos regulary. His song "Drug of Choice" continues to get airplay on the biggest radio networks as well. GEO News shot a full feature documentary about Lazarus' life in Detroit on "Voice of America" which was aired to the entire country of Pakistan. Lazarus was awarded "Best New Artist" on GEO TV as a result of the impact his music was making in Pakistan. Lazarus has made signficant buzz overseas in Pakistan and India and continues on his quest to become a worldwide icon.

In addition to his hip hop accomplishments, Lazarus (Dr. Kamran Rashid Khan) graduated from medical school at Michigan State University in 2010 and is currently in residency training. His focus and determination to be a big force in hip hop remains stronger than ever as he balances his two bipolar careers and at times even combines them.

What started as a dream behind a hungry battle MC is steadily unfolding into the mission it was intended to be: to revitalize the essence of hip hop music and let the world see passion, energy, and determination like never before. Lazarus wants to show the type of impact that hip hop, as an art form and as a form of music, can have on an audience and showing how he is more than capable of making albums that will be appreciated amongst the hip hop classics. In breaking stereotypes of his race, and in standing for hip hop and education, Lazarus marches past the borders of Detroit, out to America, and out to the world. It’s time for a revolution.