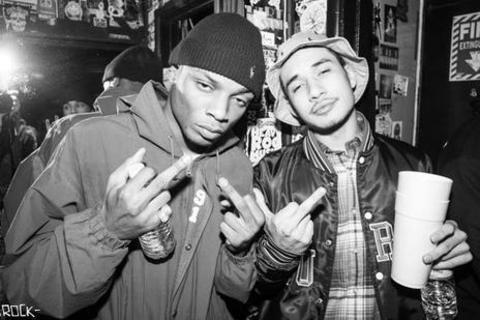 Although, the duo are currently unsigned as a group or solo artists, Da$H & RetcH have become one of the most promising young up and coming rap acts in Hip Hop today. They have accumulated over 3 quarters of a million views since their YouTube channel debut in 2011 (YouTube.com/HeirGang). While they had been collaborating since their childhood days it was not until 2012 that their joint venture, “La Cienega” was dropped for free download via Limelinx, LiveMixtapes.com and DatPiff.com. Da$H & RetcH are currently working on their second collaborative release titled “Best Friends” produced by Mordecai Beats. Their sophmore project's title was inspired by 1980’s legendary “Black Mafia” hit squad and drug cartel from Detroit and is set to release it in late 2013.

In addition to their musical solo and collaboration endevors, Da$H & RetcH are also co-founders of Hz Global LLC, which is a music, film and fashion production company along with their partners Stevie Baker and Keith Chandler.