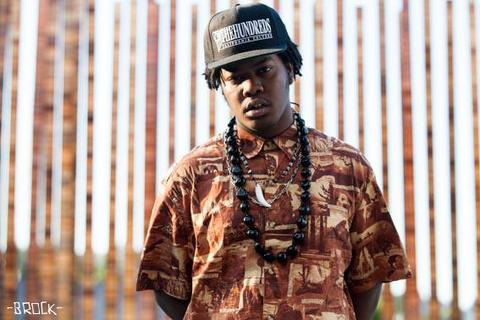 A lot has happened in the year or so since Key Nyata released his breakout lo-fi Two Phonkey and wrote and recorded his again-delayed, again-anticipated fourth album, The Shadowed Diamondhis latest collection of almost entirely self-produced space-Cadillac psych-phonk rap.

The young rapper-producer turned 18 and graduated on time from Garfield High School this June­but not before spending his school year rocking venues from the Vera Project to Chop Suey to Neumos opening for some of Seattle's biggest names, and touring with the internet-based rap collective Raider Klan, making stops at mega-festival Coachella and ultra-hip streaming showcase Boiler Room LA along the way.

His following shot up after Raider Klan founder Spaceghostpurrp posted a video for Key's runaway hit (and still fan favorite at his shows) "Get High (I Wanna Smoke)" on his YouTube channel early last year. Since then his tour experience and local grind has helped him develop relationships with other artists a more traditional way, far from the internet.

Key's most recent release, 'The Shadowed Diamond' shows a deeper and darker, yet louder and more polished version of Key Nyata's signature sound. 'The Shadowed Diamond' furthers his individual styleblending new influences with his foundational pasts into an album that both Key and producer P Smoov compared to "being on drugs" in separate interviews.
The outro track for his album, 'This Journey,' Key Nyata says, is just "a warning," the best depiction and sign of where his sound and career may be heading after this album.

The show at Plush on Wednesday, March 12