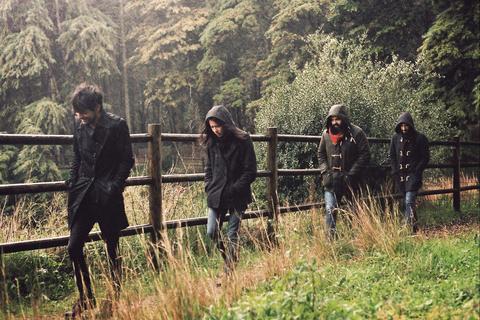 Formed in 2009 in Lisbon, the Portuguese band Paus breaks all moulds from their unusual formation: two drummers that act as the motor of the band, bass and an arsenal of keyboards that create the multiple textures of their sound, that moves between experimental and pop with tropical influences, psychedelia and hints of the hardcore past of some of its members. Something that is absolutely obvious in their live shows, one of Paus’ strengths and the key to their success at the best festivals in their country and that opened the door for them to Primavera Sound festival two years running, as well as opening for bands of the calibre of Health, Radiohead and Caribou. Until now the quartet have release an EP on Enchufada (Buraka Som Sistema’s label) in 2010 and a debut album on Valentim de Carvalho in 2001 which took them to number three on the Portuguese charts. Before the end of the year an exclusive new single will be released on El Segell del Primavera and in 2014 their second LP will come out on El Segell del Primavera in the entire world except Portugal.