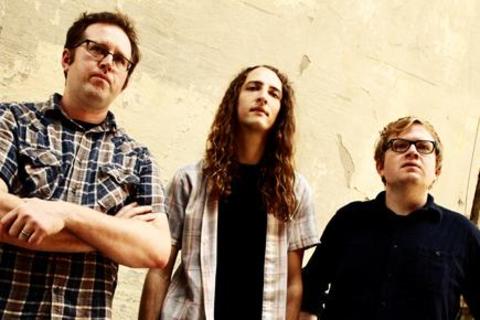 Cheap Girls was formed in 2007, the result of three musicians who’d grown up playing in bands around their hometown coming together to create music. Consisting of brothers Ben and Ian Graham (drums and vocals/bass respectively) and guitarist Adam Aymor, the Lansing, Michigan band has released three full-lengths since 2008. “We just wanted to start a simple rock band and just play all the time,” Ian says. “This was fun right off the bat. It was a simple format. I’d write songs, we’d learn them the next day and we’d move on. That’s still what we do.”

The band’s first album, Find Me A Drink Home was initially self-released in 2008 and was quickly followed by the release of their 2009 sophomore full-length My Roaring 20s which was released on Paper + Plastick who subsequently reissued Find Me A Drink Home. Their third full-length, Giant Orange, was released on Rise Records in early 2012. Recorded and produced by Against Me’s Laura Jane Grace in her Total Treble Studio in Elkton, Florida, she was the first producer Cheap Girls worked with and Cheap Girls were the first band Laura produced. This ended up working out for everyone. “It was casual, but we were all really serious about making a good record,” explains Ian.

Though it’s hard to compare Cheap Girls to other bands, Laura thinks they sound like some pretty damn good acts. “With Cheap Girls you not only have an authentic Midwestern rock band in the vein of the Replacements, Soul Asylum, Sugar and early Smoking Popes but you also have an incredibly talented lyricist and songwriter in Ian Graham,” Laura says. “I’m lucky to have gotten the chance to work with them.”