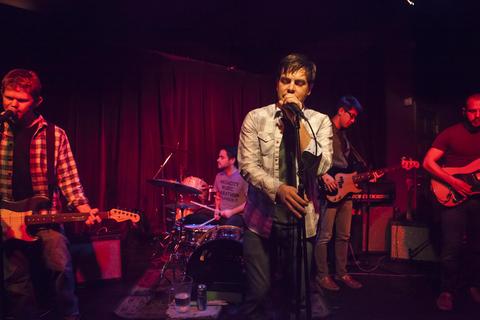 A band from Columbus, Ohio, Connections’ sound simultaneously echoes their home-state while incorporating their own vast band-histories and their collective knowledge of music. This past year, Connections released two LPs and an EP to wide acclaim and found themselves being invited to open dates for the Breeders' Last Splash tour. Anything could happen with Connections in 2014, with a spring tour and plenty of new material already in the works. So before the whirlwind of Connections second year gets too heavy, take this opportunity to digest all the heavy jams of Year One.

"It’s 15 songs in 30 minutes, and every last one is a keeper, the kind that most bands of the day would be giving their eyeteeth to have written. This year still has a long time to develop, but it will be difficult for any more bands this year to make a debut statement as estimable as Private Airplane."
-- Doug Mosurock, Dusted

“A smart, stupendously catchy, often downright inspiring examination of the things that get us going in spite of ourselves, set to one head-stick melody after the other.”
--Pitchfork

“Connections is the platonic ideal of an Ohio indie band”
--Stereogum

The show at Lamberts on Friday, March 14