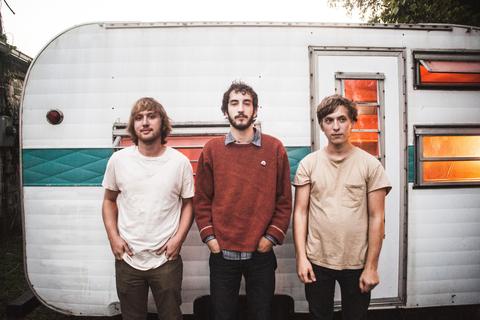 There was a time, just yesterday in cosmic terms but increasingly difficult for the young’uns to remember, when Chuck Berry provided the essential template for rock and roll bands. These days those bedrock r&b foundations may feel remote, or even archeological, but Nashville country-rock combo Promised Land Sound (formerly Promised Land) chose to begin at the beginning, unselfconsciously; they named themselves after an immortal road-dogging Berry jam and proceeded from there. For such a young band—belying their seasoned and subtle musicianship, they’re astonishingly all around or well under the quarter-century mark—they’re remarkably attuned to historical precedents, working the same red dirt/swamp boogie and country-fried choogle as the Flying Burritos, Jim Ford, Gene Clark, Jesse Ed Davis, Link Wray, the Band, CCR, Dennis Linde, Johnny Darrell, the Stones, et al. And yet their tweaking of tradition never registers as revivalist or dilettantish, but rather intelligently informed, refreshingly sincere, and reflectively rooted in the highest calibers of Southern vernacular songcraft. The woodshedding and session-vet vibes are palpable, the live show compellingly unhinged and propulsive, all close harmonies, high-Stax changes, and “whoa, did he just do that?” guitar breaks, punctuated by moments of Velvets-style thud.

Promised Land Sound emerged from the fertile Nashville garage scene—members have played with PUJOL, Denney and the Jets, and members of JEFF The Brotherhood and Those Darlins, among others—but they have quickly evolved to deploy a more varied country and soul palette than most of their brethren and sistren. In short order, they’ve managed to attract the admiration of esteemed folks like fellow Nashvillain Jack White, who released a live 7” of theirs on his Third Man Records. Bassist and singer Joey Scala and his younger brother Evan (drums) originally hail from Roanoke, Virginia but moved to Tennessee in 2000. In another exploration of a venerable American tradition, Joey spent some time hitchhiking around after high school, eventually meeting Nashville lifer and guitar prodigy Sean Thompson and playing in a succession of local bands together before beginning to write in earnest as a team. Keyboard player and pianist Ricardo Alessio tells us he was raised by an insular homeschooling family in Southeast Michigan and classically trained. Luke Schneider sometimes guests on pedal steel. Our slack-jawed reaction upon first hearing Promised Land Sound live at the Stone Fox in Nashville abides: These dudes can play.

Paradise of Bachelors is delighted to release Promised Land Sound’s first full-length album, which is currently in the works, co-produced by Nashville guitar wizard (and Hiss Golden Messenger band member) William Tyler and Jem Cohen of the Ettes and the Parting Gifts. Stay tuned for more details, and keep on chooglin’.