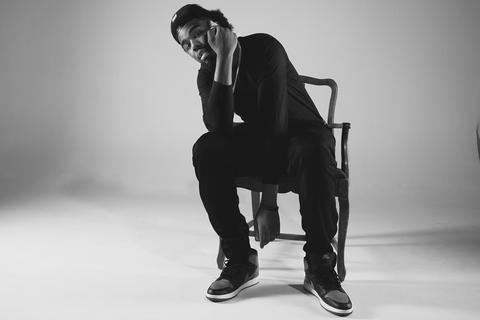 Iamsu!, the 23-year-old producer and rapper with a mop afro and playful laugh, enjoys the challenge of bridging two worlds. Known both for his grounded storytelling and command of West Coast party music's slapping palette, he's a thoughtful introvert and high-energy leader all in one. Along with his crew HBK Gang, he's offering listeners a new brand of positive, pro-individuality rap that might be mistaken for preachy if it weren't so fun.

Though he was born in Richmond, California, the East Bay city where Master P hatched the blueprint for No Limit Records, Iamsu! spent most of his childhood in a neighboring suburb in the hills where he and his mother, a school teacher, moved in with his grandma. “On our street there were people driving Porsches, but I was sharing a room with my mom. That was hella culture shock. I didn’t know what crowd to be with,” he remembers. Unwilling to choose “skater” over “hood” friends or vice versa, Su and the HBK guys carved their own “middle” lane: growing their hair, making the honor roll and valuing self-acceptance and a good time above all else.

Iamsu! learned to make beats as a teen at Youth Radio, an Oakland nonprofit where he studied with hyphy hitmaker Trackademicks, brushed shoulders with a young Kreayshawn and tutored other kids. Eventually he and HBK Gang, now a 16-man crew, started holing up in HBK producer Chief’s basement studio, spending hours collaborating around a Pro Tools-rigged PC. Su credits the confidence of his recordings to the HBK guys, who created a comfortable environment where he could experiment with his raspy flow and expand his sound. “I’m hella shy, but not when we’re around each other. I’m more experimental with my style over there,” he explains.

From HBK’s humble mini-studio, Su has contributed to surprisingly wide-reaching songs, like “Function,” last Summer’s feel-goofy anthem with E-40, YG and Problem, Wiz Khalifa’s “Bout Me” and LoveRance’s “Up,” the spare sex ode Su produced and guest emceed on. “Up” shows Su’s talent for writing straightforward, easy-to-lock-into hooks, but he’s prouder of the detailed production and carefully arranged melodies on 2012’s introspective Kilt tape, where he boasts about being trustworthy, staying independent (“2 Milli”) and making honest money (“Mama I Made It”). “When I first started rapping, I tried to talk about hood shit and it was a flop,” he says. “I rap for people that wanna enjoy themselves and chill out. I make music for girls to get dressed to. Ultimately, it makes the most sense for me to be myself.”

Su’s four recent tapes (Kilt, bass-centric $uzy 6 $peed and Jay Ant collaboration Stoopid in 2012; Million Dollar Afro with rising LA rapper Problem in 2013) have spawned approachable street anthems like “Mobbin,” and a “100 Grand” remix with Juvenile, catching the attention of West Coast fans and national tastemakers alike. Stereogum named $uzy it’s Mixtape of the Week and SPIN ranked Su as one of this past June’s Best New Artists. He was nominated for XXL’s 2013 Freshman List and profiled in The FADER’s 2013 Spring Style issue. Currently putting together music for a Kilt sequel and taking meetings with major labels, he continues to generate new material, in the interest of delivering the best possible product to fans new and old. “I don't focus on the things that I've already done, I always think about what’s next and how I can elevate myself,” he says. “I want to inspire people through that energy. I feel like I was put here to connect people.”