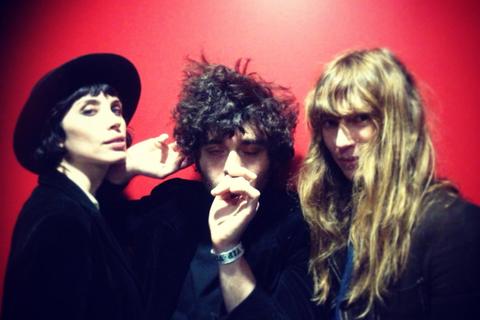 Listen to All Your Life

Brooklyn based trio Golden Animals is the young indie darlings of the [Psych Rock] scene. The group has been together playing since 2006 (with their most recent release coming to us last September), and are self-described as “desert-psych.” At the microscopic level, Golden Animals’ sound flits through the air, meandering throughout the room with that traditional, non-hurried mentality integral to getting really hazy, intricate psychedelic tones.

The show at Hotel Vegas Patio on Thursday, March 13