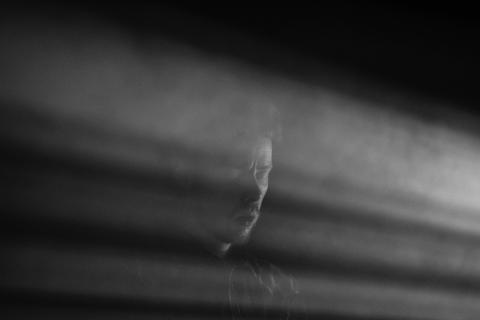 The project of the Merseyside, UK native Matthew Barnes, Forest Swords crept into the underground consciousness in 2009 with the release of acclaimed EP 'Dagger Paths' (Olde English Spelling Bee/No Pain In Pop) - a record so eerie and expansive that it touched on both Ennio Morricone and early Massive Attack, while still sounding resolutely unique. The release received critical acclaim, and – despite being just EP length - charted in Pitchfork’s Top 50 records of the year, and as FACT’s #1 album.

Subsequently battling hearing problems, Barnes was forced to take a break from his own music, returning to his work as a designer and artist. In the ensuing period, he completed sound commissions for art festivals (including a piece involving tracks cut on disintegrating x-ray film dubplates; new Forest Swords compositions heard in public just once); lent his skills to other artists, including co-writing and production for How To Dress Well ('Cold Nites', from his recent album 'Total Loss') and NYC rap youngster Haleek Maul; and released tracks made with German fine artist Otto Baerst online under the Dyymond of Durham moniker.

Slowly but surely, Barnes started work back on his Forest Swords project with a clear vision and renewed passion. Unwilling to spend long amounts of time in a studio, he looked around his own environment for inspiration.

Debut album 'Engravings' is the sound of his home peninsula of the Wirral, a stone's throw from Liverpool, a place imbued with spirit and history ('Thor's Stone' takes its title from a local slab of sandstone, said to be used for Norse god sacrifices by Viking settlers). Completed over the course of the year, Barnes mixed the entire record outdoors in the Wirral countryside on his laptop: as such, 'Engravings' is a record that feels as exposed and organic as his immediate environment; beaches and bark, sand and soil.

The resulting record is a rarity in electronic music - an emotionally resonant distillation of the past couple of years in Barnes' life, and an unflinchingly powerful body of songs: both euphoric and bleak, triumphant and heavy. Taking off where his previous work started, 'Engravings' feels more articulate, structured, and affecting. Beats are more pronounced, with the looser tribalism of 'Dagger Paths' replaced with a more direct approach to rhythm. Voices are also more prominent. Barnes spent time learning to splice his own and sampled voices together to create abstracted, elliptical melody lines, and rough snatches of ecstatic choirs interject throughout the LP, calling out in either desperation or elation.

The show at Hotel Vegas Patio on Thursday, March 13