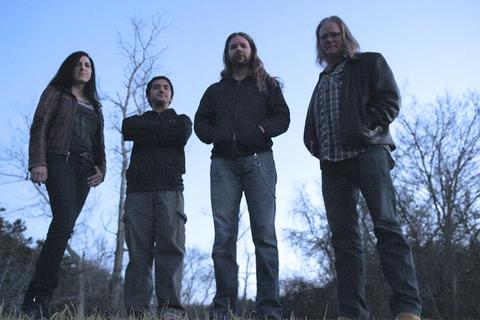 Listen to Brief Ties To Space

Drawing from the music on his two officially released solo albums "Leap of Faith" (2012) and "Ocean of Stars" (2010) and huge backlog of unreleased music -- all written and recorded during the 28 days of February for the RPM Challenge, with DG performing all the instruments -- Ocean of Stars will be performing arrangements and interpretations of this music.

Drummer Ric Furley brings with him a deep and vast well of musical experience in a range of styles -- playing rock with Sabbath Crow and Adrian and the Sickness, rock-country with Junior Brown, eclectic world music with Mundi, timpani with symphonies, etc etc etc. He is a musical chameleon who can literally play drums/percussion to any style of music, and already has. He and DG have been friends for years and have performed together numerous times in various projects.

Saxophone player Derek Rodrigues brings with him a very unconventional style, using delay/flanger/distortion/wah with his horn to add to his available spectrum of sounds, ranging from traditional and experimental jazz to weird noises and soundscapes. He came into the picture after placing a Craigslist ad titled "PSYCH SAX SEEKS PROJECT"

Bassist Melanie Martinez is the final piece of the musical puzzle, providing the foundation on which Ocean of Stars music will be built. She has played with Tiny Tin Hearts and singer-songwriter projects over the years, wanted to get more into rock and is now doing so, and excelling.

Guitarist Danny G has been playing music in Austin for 14 years and counting on a variety of instruments and musical styles -- guitar with Southern Gun Culture, Ironclad and Shandon Sahm Band, bass with The Mother Truckers and Eric Tessmer Band, as well as being a seasoned go-to bassist/guitarist for subs/fill-ins and session work.

In between he has been participating in the RPM Challenge -- an open call for musicians/bands to challenge themselves to write/record an entire album's worth of music during the 28 days of February -- consistently for the last 5 years, recording music on a digital 8-track and performing all drums/bass/electric and Spanish classical guitar.

Ocean of Stars will be making it's official debut during the South By Southwest music festival in Austin TX, March 2014

The show at Lit Lounge on Friday, March 14