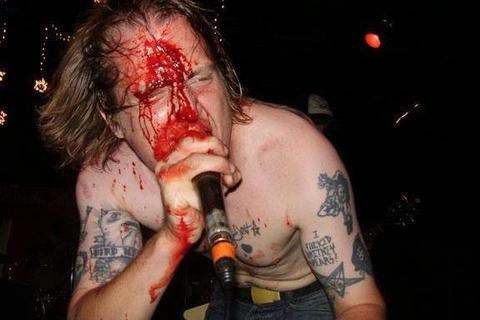 Although punk has always been known for its in-your-face attitude, not all punk bands are interested in fighting the power. Punk has had its sociopolitical agitators — the Sex Pistols, the Clash, and the Dead Kennedys were among early punk’s more famous protest bands — but there have been many punks who were mainly interested in having fun and keeping their listeners entertained (such as the Ramones and the Dickies). For the Bulemics, punk isn’t about getting a serious sociopolitical message across; it’s strictly a way to have fun, and their idea of fun is being as crude, tasteless, and offensive as possible. Thriving on shock value, the Bulemics love sick, twisted, dark-humored lyrics — Satanism, drug abuse, suicide, promiscuity, and violent crime are the sort of things that they routinely joke about in their songs. Of course, their over-the-top lyrics aren’t meant to be taken seriously, and the Texans’ fans (most of them anyway) have enough common sense to realize that.

The Bulemics were formed in Austin, TX in 1996, when alternative rock stations were playing a lot of emo/punk-pop bands like Green Day. But the Bulemics were never influenced by Green Day, blink-182, Fenix TX, or any of the other emo bands that were popular in the ‘90s and early 2000s. Their approach to punk is very old-school — as in late ‘70s and early ‘80s — and their sound is reminiscent of classic Los Angeles bands like the Circle Jerks, Black Flag, and the Germs. The Bulemics have also been compared to the Boston bands of that era, which makes sense because Boston’s early-‘80s punk bands (Jerry’s Kids, Gang Green, the Freeze, among others) were heavily influenced by West Coast punk. No one will mistake the Bulemics for a British Oi! band; their sound is strictly American.

In the ‘90s and early 2000s, the Bulemics’ full-length albums included Old Enough to Know Better, Too Young to Care on Junk, Blurred Vision and Twisted Thoughts on Man’s Ruin, and Talk Dirty to Me on TSB. They can also be heard on Man’s Ruin’s 1999 release Full on Hate Fuck, a split CD that contains eight Bulemics tracks and eight songs by the River City Rapists. The Bulemics’ fourth full-length album, Soundtrack to the Apocalypse, was recorded in 2001 and released in 2002 by the Philadelphia-based Steel Cage label. In 2013, the current lineup consists of Gerry Atric on vocals, Wes Texas on rhythm guitar, Ginchy on lead guitar, Rob on bass, and Breadstick Von Bulemic on drums.

The show at Lit Lounge on Friday, March 14