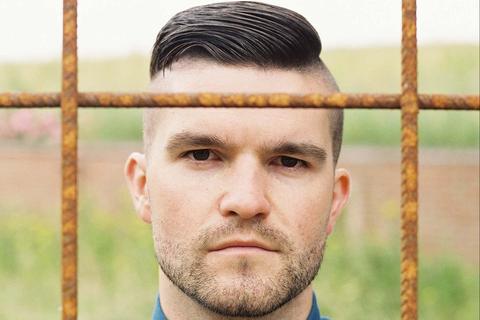 Chris Reed, also known as Plastician (formerly Plasticman), is a DJ / Producer from Thornton Heath in the London Borough of Croydon.

Plastician is unique in that he is respected as one of the true pioneers of both the Dubstep and Grime genres born out of London in recent times. Always with his ear to the ground for what is new and groundbreaking, he continues to discover and represent new artists in his DJ sets, across various genres and tempos, with a lean towards anything bass oriented.

He plays a prime time weekly radio show on Rinse FM, having been on the station for 11 years he is the longest standing DJ on the station, representing them from their humble roots as a London pirate station, and helping them on their way to legal status. In 2006 he spent 18 months as part of BBC Radio 1's "The Residency", which then became "In New DJ's We Trust". It was the first time grime and dubstep was represented in a specialist show on national radio anywhere in the world. His passion for pirate broadcasting was so strong however, that during this time he returned to Rinse, broadcasting under the alias "Blue Stripe" with his friend MC Nomad taking control of mic duties! In 2007 when his time at the BBC came to an end, he returned to the Rinse airwaves under his more regular moniker.

He thrives on discovering new talent and is noted for being the first DJ to broadcast tracks by Emalkay, Joker, 12th Planet and Rustie and still adds more to that list every week.

Besides his work as a DJ he is a respected producer, having worked with countless record labels through his career, and working with the likes of Wiley, Snoop Dogg, M.I.A., Dizzee Rascal, JME, Skepta through his productions.

He runs the record label Terrorhythm Recordings which released debuts from Joker, Om Unit and recently, AWE. The label has established itself firmly as an important imprint for experimental bass music, often geared towards the dance floor. In 2013 it branched into events for the first time, and runs a successful London bi-monthly at Brixton's Plan B. As of 2014 the event will also be extending it's reach with bi-monthly events in Glasgow.

The show at Barcelona on Saturday, March 15