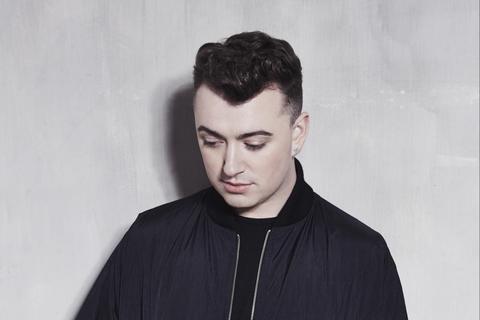 When he was 18 years old, Sam Smith wrote his first truthful song, a flashbulb moment for the brilliant blue-eyed soul singer. Three years later and the song has long since been discarded as a naive folly. Like all singer songwriters that are rich in emotion, knee-deep in their own small personal complications and dependent on their precociously youthful talent to engage with the world, Sam resolved never to write a song again that didn’t connect straight from the heart. The first set of results, delivered with breathtaking vocal depth and range, will be put to the litmus test of public opinion when his debut album drops in 2014.

When he reached number one on the singles chart this year, collaborating with London production wizard Naughty Boy, on the insanely catchy global smash La, La, La, Sam Smith didn’t feel triumphant. He felt relief. ‘It’s almost like a little gift,’ he says. ‘Now I’ve had a number one I don’t feel that pressure. Of course I want the songs to do well but it’s about making an artistic statement. The focus is more selfish now. I’ve ticked that box off, it was lovely, amazing in a way, but I can concentrate on other things.’

Anyone that has seen Sam touring and tearing medium sized venues to pieces with his lacerating grief ballad Lay Me Down will have spotted the more innate appeal of his artistry and its special potential to move at mass market. Sam is a big, softly spoken man who translates musically through the humility of his phrasing. ‘I write exactly as I speak,’ he notes. He was born in 1992 in the small Cambridgeshire satellite town Linton to a mother making significant waves in the financial industry and a househusband father who took over the day care of Sam and his two younger sisters. His mother, he says, is ‘amazing. There have been strong women in my life from a very young age. My great aunt was one of the first ever female bankers. You would never call my dad a weak man but it was always a female dominated family. The oestrogen is high, which played into my love of music.’

The house was full of soul music and young Sam developed an uncanny ear for the phrasing of female powerhouse vocalists. The first album he remembers moving him was Whitney Houston’s My Love is Your Love, her complete urban revamp delivered on the back of a public pot-smoking scandal. By the age of 8, his parents had noticed his uncanny ability to emote with the same phrasing as Chaka Khan. One of the first songs he understood was Aretha’s Say A Little Prayer. ‘Hearing those female voices, those strong voices probably felt natural to me because of my mum and my aunts. It was always voices when I was growing up, just the emotion and power behind them.’

As can be heard clearly and distinctly on his debut album, Sam is all about the feeling. He was deposited to a local jazz singer teacher in infancy and the first song he learnt the craft and composition of was Frank Sinatra’s Come Fly With Me. By his early teens he was singing back-up for the teacher at prestige jazz gigs in the capital. Sam found his way to part time classes at a London stage school and his vocal coach became another early cheerleader for his young gift. He flitted in and out of the music industry until happening across a manager at an Adele gig. ‘I was sixteen and heckled the support act. I went home that night, onto Myspace and found him to apologise. Three years after that gig I went to another show and he was in that crowd. I asked if he remembered me and he became my manager.’

The first person his new conspirator introduced him to was songwriter Jimmy Napes and collectively they worked together to write Lay Me Down. Jimmy in turn played it to emerging deep house act Disclosure. In his first speculative writing session with the brothers he felt a kinship. Together they wrote Latch, Sam’s first featured chart vocal and the beginnings of the epic Disclosure tale. ‘I’m a pop head. I always was. I never got carried away with what was cool at school like the other kids did,’ he says, of meeting them. ‘They’re amazing boys though and they pushed down so many barriers for me, they introduced me to D’Angelo, so much stuff which I now love. They introduced me to dance music. I’d listen to music with no vocals in it and think what is the point? But they schooled me through dance history. They understand it.’

Between smashing it on guest vocal performances, Sam was crafting his own unique songs. ‘I said to myself, I don’t want to have a genre. ‘I wanted to take a risk’. In the course of putting it together, Sam has worked with so many blue chip collaborative names: Fraser T Smith, Two Inch Punch, Eg White. But he has retained his sense of self. After his sublime debut EP entitled ‘Nirvana’, his first full release will be the albums big pop moment, Do It For The Love, a song that sounds like an instant, out of the box smash. But there is melancholia within. Centring on the subject on an unrequited love, it is duty bound to make the listener a little teary as it uplifts. ‘I think so. I’ve been talking about album titles and people are saying “oh but it’s too sad” but that’s what it’s about. I was sad and I wrote about being sad. Hopefully I’ll be happier soon and I’ll write about that.’

His musical purity is starting to ring the right bells. Adele has tweeted her support. After one single show in New York he has become something of a cause celebre for global soulman, Maxwell. ‘He’s a great friend to have.’ He recently finished sessions in Old Street with Nile Rodgers for an as yet unconfirmed Disclosure work. He ties to Jessie Ware, Naughty Boy and that whole scene of London underground talent that is taking their new soul to the mainstream. Sam Smith might yet be at the vanguard of a wave of British talent schooled through the verbal brilliance of Jill Scott, India Arie and Angie Stone in the States a decade ago. Audaciously, he is covering Anita Baker’s Sweet Love on tour at the moment and making it sound as if it were penned for him.

Why does he believe stardom beckons? ‘When it came to writing and delivering I’d worked out that it was all about truth. When you listen to my album, the songs I love and my label love, it’s all the personal things. That are relatable to other people.’