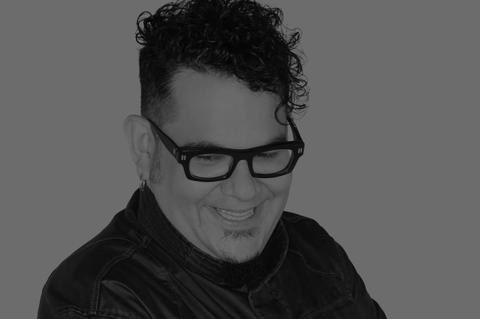 Mr. Pauer (Toto González) is a Latin Grammy® Nominated producer and re-mixer born in the Caribbean city of Puerto la Cruz, Venezuela, based in Miami, FL. for over 18 years.

Apple iTunes Latino and iTunes Mexico also recognized him as “Song of the Week” in May 2011, achieving over 50,000 downloads for his song, “Cumbión del Sur”, and he has been in rotation in important radio station including KCRW (los Angeles), KEXP (Seattle), La Mega (Venezuela), Radionica (Colombia) and his music video reaching the audience of MTV Tr3s, HTV, MUN2, LATV and a great list of websites worldwide.

Mr. Pauer’s musical influences consist of diverse musical genres ranging from rock, electro, new wave, and house, to tropical, cumbia, and afro-beats, creating the dynamic musical explosion heard in his album a wide variety of mashups in his live shows.

“Living back in Venezuela I grew up listening to Anglo and Spanish rock, my mother used to listen to boleros, my dad to traditional Venezuelan music, my older brothers to American 80’s pop, and to socialize I had to learn how to dance salsa and merengue. Magically after years, I connected the dots unconsciously creating an array of sounds that identify with the culture I grew up with.” -Mr. Pauer

The show at Avenue on Congress on Wednesday, March 12