Max and The Moon 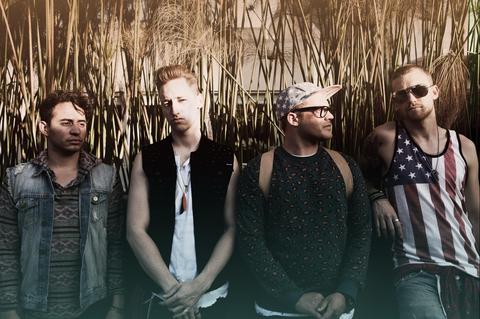 Bio 2013:
Emerging out of the combustive indie music scene of southern California in 2012, Max and the Moon and their
relentless gig playing have created a buzz that rides on its own frequency. The four piece band display a talent for
intricate songwriting and sounds that resemble the classic harmonies of the Beach Boys and early Coldplay to the
catchy dance beats of Passion Pit. Substance magazine writes, "their music has a way of pulling you in with their
starry guitar echoing in combination with John’s soothing vocals and superb upper register."
Laden with strong guitar licks, steady piano and punctuated vocal harmonies—the band makes full use of two
primary vocalists. Max and the Moon's "The Way I See," showcases the band’s songwriting and experimentation
with new sounds, expanding their scope and offering a significant contribution to the ever-changing music scene in
Los Angeles. “Out of My Head” opens with cleverly conjured sampling of Matt’s unique voice to make us feel the
irony of having someone stuck in your head.
Guitarist John Velasquez earned a degree in music at Cal State University, Fullerton, and began collaborating with
longtime friends Matt and Dillon Couchois in the two brothers' small garage studio. Joined by Zachariah Weaver on
bass, the band has come a long way in the few short years since their formation, challenging themselves everyday
with booking shows or heading back to the drawing board on a new song that doesn't quite capture the right vision.
In the present age of endless hype around new music, Max and the Moon stay true to passionately personal
songwriting. That isn't to say these guys are low-key, though; the band revels in putting on energetic rock shows.

The show at Trinity Hall @ Old School on Friday, March 14