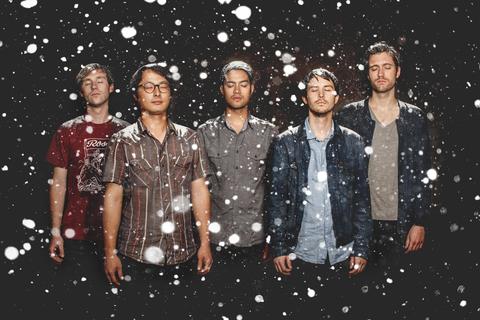 Future Monarchs is a band eleven years in the making. Built around the songwriting talents of childhood friends and bandmates Bobby Lord and Jake Anderson, they have culled together the disparate influences of the 60’s
British Invasion, Laurel Canyon Folk, 90’s Powerpop, and the Indie Rock that they grew up with into a sound that is vaguely familiar while somehow paradoxically original.

As members of west suburban Chicago’s guitar-pop upstarts, SurroundSound, Lord and Anderson spent their high school years headlining shows and opening for local luminaries such as The Smoking Popes, Local H and Troubled Hubble. After four years and two full-length records (the second of which remains unreleased) SurroundSound went on a hiatus as its members scurried off to various Chicago universities. The band’s sole songwriter, Lord, a sound engineering student at Columbia College, continued to write and demo songs for an intended future project while occasionally recording and performing with other live acts. Anderson, who is a year
younger than the rest of his bandmates and their galaxy of friends, remained at home in the suburbs. Isolated from his community, Jake found solace in an acoustic guitar and the GarageBand software of his father’s Mac. After a year in exile, Anderson moved to Chicago to share an apartment in Logan Square with his older brother and Lord. With over a year’s worth of demos and over a hundred songs between them, Lord and Anderson were both eager to find an outlet for their music; it was obvious that they would have to go back to square one. Envisioning a group that could combine Lord’s polished hook-infused pop with Anderson’s earnestly organic singer/songwriter romanticism they created a band called Future Monarchs.

Soon after forming the band, Lord introduced the demos to Columbia College sound recording professor Josh Shapera, who immediately expressed interest in their work. Shapera agreed to record Future Monarchs’ music in
his studio and enlisted the help of his friend and Wilco member Pat Sansone as co-producer. The result was a 6-song EP entitled Weird Weather.

You can expect to see a lot of Future Monarchs in the coming year with upcoming tours and a new LP to be released later this year, produced yet again by Josh Shapera and Pat Sansone.