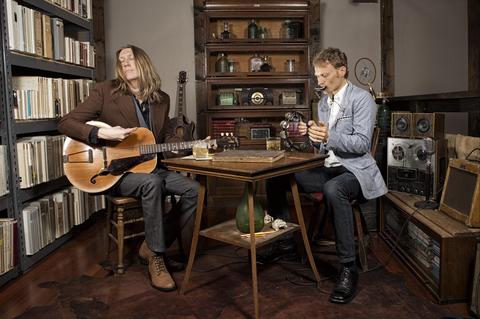 The Wood Brothers began when brothers Oliver Wood and Chris Wood reconnected after forging separate but successful music careers - Chris in the jazz world with Medeski Martin & Wood and Oliver as Tinsley Ellis’s guitarist and in his band King Johnson. Since The Wood Brothers formed nine years ago, they have transformed from a stripped-down, roots-rock-inspired duo with jazz leanings to a rollicking trio capable of holding their own in 10,000-seat arenas supporting Zac Brown Band or Tedeschi Trucks Band and captivating theatres filled with a thousand fans. Their fan base has grown substantially over the years and, after adding percussionist Jano Rix, the group is "more dynamic than ever," according to Paste Magazine. Their new album, 'The Muse', which was produced by legendary guitarist/producer Buddy Miller, was released on October 1, 2013 on Southern Ground Artists.