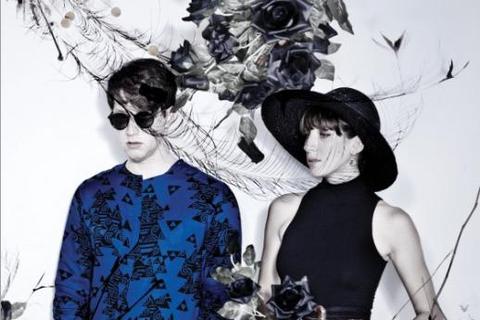 Silent Diane experiments with genre and formula, blending the boundaries between a canon of musical and sonic influences. Elements of minimal synth, italo, techno, house, ambient, and pop can be heard from song to song. However, the soaring vocal prowess of Christine Aprile and progressive electronic palette are consistent.

Since the duo formed in 2009 they have shared the stage with Neon Indian on a national tour, played the PS1’s Warm-up series with James Holden, opened for Panda Bear, and played SXSW with Miami rapper Spaceghost Purpp.

In 2013 Silent Diane began to aim their focus towards writing and recording their first full length album which is due to be completed Spring of 2014. Time spent making the record has been an exploratory process that has refined the sound of the duo. There is an obsession with nuance and metaphysics that creates the backdrop for Silent Diane’s reality, a style-bending electronic experience that borders the realm of pop and underground music extremes.