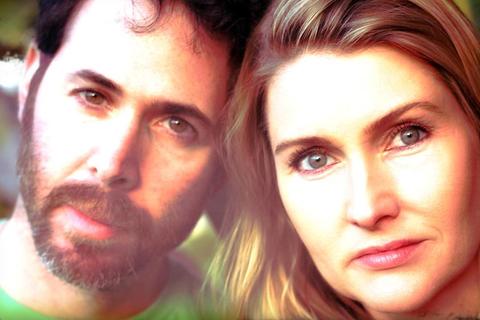 Thorcraft Cobra, Canadian cold meets California cool. Billy and Tammy first met in previous projects while they were on the same label - the now defunct, but influential, Permanent Press Recordings.

The two musicians always hatched plans to record together and, after a prolonged gestation (while Tammy toured the world and recorded with brothers Ron and Russell Mael, aka Sparks), Thorcraft Cobra finally came into being in 2010.

The band provides a glimpse into the mind of schizophrenic pop mastery. From acoustic ballads to full-on rawk, all with clever arrangements and clear, strong melodies.

The debut Thorcraft Cobra full-length, COUNT IT IN was released on January 8, 2013 on the Plaza Bowl Records & Tapes imprint, with distribution thru RedEye in the US and Outside in Canada. The record had tremendous success at radio, reaching #7 on the FMQB Submodern Albums Chart with two singles - Count Me Out and Party Clock reaching the Top 20 at the format. The record was #6 most added at CMJ Top 200, and #3 most added at CMJ AAA, and proceeded to chart at CMJ for 7 consecutive weeks, hitting the top 30 at over 40 stations with numerous Top 10's, and hitting Number 1 at KZMU.