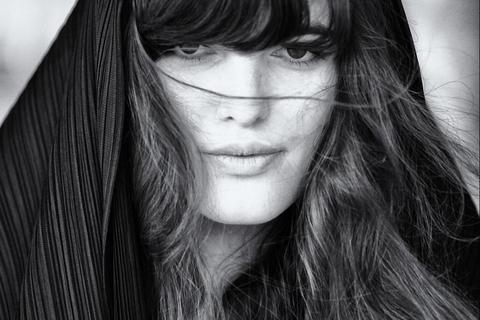 Dunja, now 21, released her first songs to public in late 2012 under the name Lovely Quinces. "Wrong house" started a huge buzz in Croatia in February 2013., and many shows soon followed. She played her first show in March 2013 and then 35 shows in total during 2013. Her songs so far have over 120,000 views combined on Youtube, an amazing number for young artist in this small European region.
Her first EP "No room for us" was released in September 2013 (5 songs) to rave reviews in the region and was named best record of the year by the poll of 20 most important Croatian music critics. She supported Kurt Vile & The Violators, Tame Impala, Morcheeba and many other big names in the past 12 months in Croatia and Slovenia. Played solo club dates in Chicago and New York, and 6 shows in 3 days at Indie Week Canada in October.
Dunja is influenced by Fiona Apple, PJ Harvey, Cat Power, Laura Marling, plays acoustic guitar and sings her own songs.