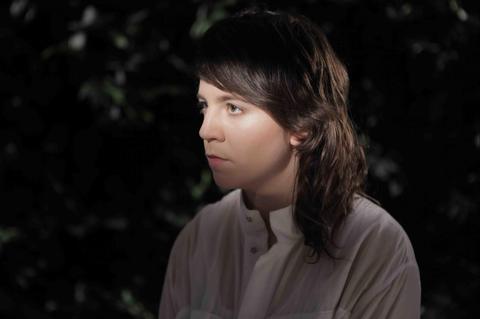 FOXTROTT is the musical project of Marie-Hélène L. Delorme- a self-taught producer, singer, and songwriter from Montreal. Upon the arrival of her debut EP Shields, an impeccable 3-track offering of detailed production and emotional presence, the young woman declared her output with a completely honest sound. In a male-dominated world of producers, FOXTROTT brings a effortless touch with melodies that resonate on both sides of the spectrum, finding balance between power and vulnerability.

Coming from an extended musical family Delorme, a third-generation Montrealer, has had a lifelong relationship with music dating back to piano and violin lessons as a child. Early discoveries and exposure to the potential of hip hop, reggae, and electronic music gradually guided her into production and the current DNA of her music. Before FOXTROTT, Delorme released remixes under the MHMHMH moniker then quickly expanded her sound to include her own vocals and instruments. A background in engineering and composing music for film can be heard in the textures of her songs; there’s an unmistakable cinematic feel to her music captured within the simple and powerful pop compositions.