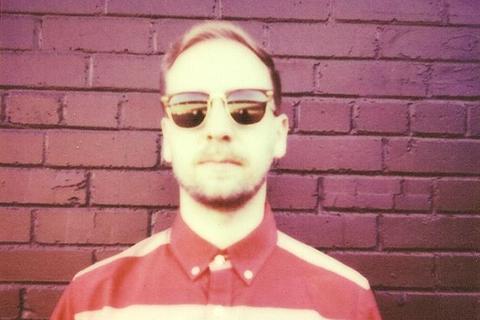 Dallas would sound a whole lot different if not for DJ Sober.

The deejay, producer, promoter and illustrator has left an indelible mark on the city’s music scene over the last decade, from launching the influential soirees The Party and Big Bang! to cooking up remixes and party records as one half of production duo Booty Fade. Along the way, he’s held down gigs spinning at Cowboys, Mavericks and FC Dallas games, spun private affairs for local icons Erykah Badu and Dirk Nowitski, and toured the country as the former DJ for rap group A.Dd+. All the while, he’s brought his distinctive taste and curatorial sensibilities with him, opening audiences’ ears to new sounds and ideas.

Sober developed his talents in his basement and at house parties for years before stepping out into clubs. “It was never, ‘I want to be a DJ’ career-wise or to get attention,” he says. “I just liked vinyl and collecting records and being around it.” While overseeing Dallas area promotions for Red Bull in the mid 2000s, he began organizing special events and deejaying more frequently on the side. In 2006, he combined his mixing and marketing expertise to develop The Party with fellow DJs Select and Nature, bridging Dallas’ musical and cultural gaps while bringing acts from Smif N Wessun to Justice to the city. “We kind of took over Dallas pretty quickly,” Sober says. “We started introducing different music and things that people weren’t messing with here.”

The Party ended in 2009, but Sober is more active than ever in Texas’ nightlife scene. His Thursday night residency Big Bang! is consistently jam-packed, attracting some of the nation’s best DJs including Eli Escobar, Kon, House Shoes and Bladerunners, and has only grown since leaving its long-time home at Dallas’ Beauty Bar for cozier confines at new venue, The Basement. He also holds down his monthly Top Notch party with DJ Dayta every last Saturday of the month across the state in Houston.

Sober has toured the U.S. with rappers Black Milk and Quelle Chris, opened for bands such as the Flaming Lips and Cut Copy, deejayed alongside ?uestlove and Pete Rock and backed up Devin the Dude on stage. Through his association with New York City’s Scratch Academy, he has also taught youth deejaying clinics, including one memorable one alongside hip-hop pioneer Grand Wizzard Theodore at Steve Harvey’s house. And, on eight Sundays every fall, he can be found rocking Cowboys Stadium, the world’s largest domed stadium. “It gets pretty jumping in there,” Sober says. “I’m a DJ, so I’m gonna rock the party. Even if the other team wins, their fans are gonna stay and celebrate.”

From 2010 to 2013, he was the official DJ for Dallas rap duo A.Dd+, providing the cuts on “I’m So Dallas” on their debut LP When Pigs Fly, and backing the group on tour. Having a consummate DJ like Sober in their corner helped A.Dd+ elevate their stage show, as they opened for the likes of Black Milk and Talib Kweli. In 2013, Sober naturally stepped into the co-producer role with Dallas’ PICNICTYME to create Booty Fade. Taking cues from uptempo regional styles like New Orleans bounce and Baltimore club, as well as their city’s own Dallas boogie sound, the duo made an immediate impact at home with tracks that have reached dancefloors worldwide. Their remix of Erykah Badu’s “On and On” was co-signed by Erykah herself, while their single “F*** Like a Stripper” earned them best producer and best song honors from the Dallas Observer. Sober, who was previously named Dallas’ Best DJ by the Observer‘s editors in 2011 and voted Dallas’ Best DJ in its readers’ poll in 2012, cleaned up at the paper’s Best of Dallas awards in 2013, taking home both the editors’ and readers’ picks for best DJ.

Things are looking even brighter for Sober and Booty Fade in 2014, with the duo set to release their debut EP this March.

"There are a lot of great things on the horizon for me, Sober says. "I feel like this is going to be my biggest year yet."