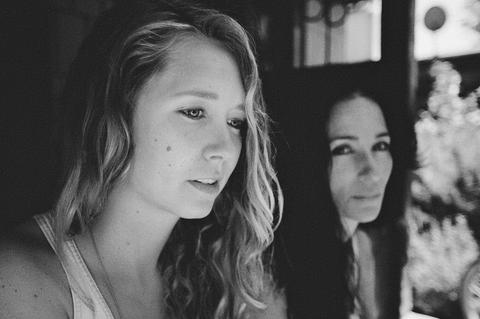 The soft and soothing rhythms that emit from the strings of Jessy Greene’s violin and the keys of Sunday Lane’s piano show the musical journey that is Fauntella Crow. Fauntella Crow, the lyrically graceful and charismatic product of two exceptional musicians, collaborates to produce a truly unique sound that resonates within the soul of the listener.

These two extraordinary women come together effortlessly in song to create a unique indie-folk sound that is all their own. Classically-trained Sunday Lane merges her musical styles from Middle America and her new hometown of Los Angeles and incorporates it with Jessy Greene’s long list of notable experiences; playing and recording with accomplished artists, such as The Foo Fighters, Wilco, Glen Campbell and P!nk. Recently, Greene toured as part of Dave Grohl’s “Sound City Players” performing alongside Stevie Nicks, John Fogerty, and Rick Springfield in support of Grohl’s directorial debut documentary Sound City, which premièred at the 2013 Sundance Film Festival.

While maintaining success in both their solo careers, Lane and Greene have found an undeniable chemistry, whether it be joining forces on stage or recording in the studio. Fauntella Crow is the very representation of embracing the tremendous strengths of two entities and bonding them together, creating an eclectic representation of shared experiences and sounds.

Off the heels of their newly recorded EP, Lost Here, Fauntella Crow released a music video for their first single, “Just Try.” Recently, they captivated audiences by showcasing their talent at Austin’s South by Southwest 2013. Keep up with Fauntella Crow by visiting www.Facebook.com/FauntellaCrow.