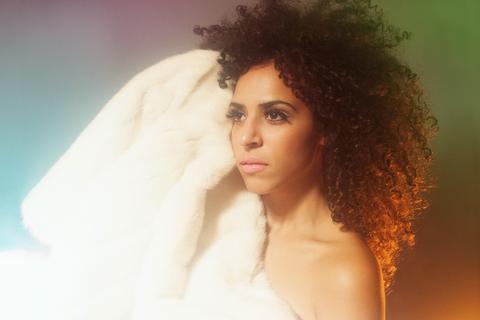 L.A. native Gavin Turek is a fearless performer. A trained dancer, songwriter and captivating vocalist, Gavin is a triple threat. Discovered by the first lady of Brainfeeder, TOKiMONSTA, Gavin has lent her voice to several tracks on TOKi’s Creature Dreams EP as well as TOKi’s second full-length album, Half Shadows (Ultra Records, April 2013). A lover of indie rock and disco, Gavin cites James Murphy and Giorgio Moroder as some of her biggest influences.

Even while working on her debut album, Gavin continues to collaborate with producer/artists on the forefront of electronic music (Com Truise, Paper Diamond, Tropics, Viceroy and Gold Room), lending her unique voice and intimate lyrics to their projects. She also recently released "The Break-Up Tape" EP and the “I Love You Giorgio” (Re)mix Tape, a musical love letter to the godfather of disco Giorgio Moroder.

Newly signed to The Windish Agency, Gavin Turek is taking her thrill-filled show to stages in New York and Los Angeles, followed by stints up and down the West Coast in December.