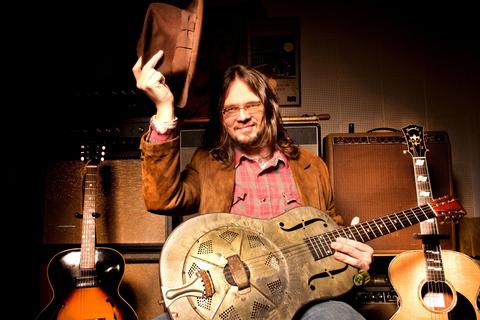 Luther Dickinson was born in western Tennessee to parents Mary Dickinson and famed Memphis producer and musician Jim Dickinson. The family moved to the north Mississippi hill country in 1985, where Luther and his brother Cody grew up going to Jr Kimbrough's juke joint and Otha Turner's fife-n-drum goat BBQ picnics. Luther made his recording debut at age 14 and was soon touring with RL Burnside. In the late 1990s, Luther produced Otha Turner's albums Senegal to Senatobia and Everybody Hollerin' Goat (named one of the top ten blues records of the 90s by Rolling Stone). He went on to record with the Replacements, Mojo Nixon, Beck, Toy Caldwell, Billy Lee Riley, Lucero, John Hiatt, Jon Spencer, and a host of others.

As a member of the North Mississippi Allstars, South Memphis String Band and The Word, Luther has made himself widely known as both a talented musician and as a producer with Grammy nominations to prove it.

The show at Continental Club on Friday, March 14