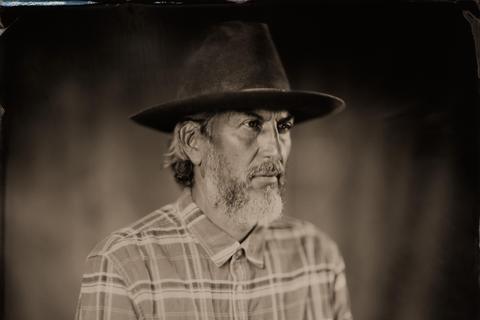 “The Coincidentalist is someone who can read the coincidences but who doesn’t try to figure out their meaning. For if one tries to figure out the meaning it will be lost. The coincidences aren’t there to figure out but to point the way.”
– Howe Gelb
The Coincidentalist marks the New West Records debut of Howe Gelb, the freewheeling luminary whose three decades of voluminous recording with his category-busting band Giant Sand have forged a legend of Southwestern American roots-punk and international prominence.
The album culminates 30 years of restless creative work by Gelb, a Pennsylvania flood evacuee who relocated to Tucson in 1972. After meeting up in 1976, Giant Sandworms began in 1980 with his close friend Rainer Ptacek, the renowned slide guitarist. That group morphed into beloved genre benders Giant Sand in 1983. Giant Sand’s incarnation in the ‘90s included Joey Burns and John Convertino, who went on to form the acclaimed Latinesque unit Calexico.
Gelb says of the sources of his sunstruck music, “I always thought there was a similar attitude between Thelonious Monk, Neil Young, and Clint Eastwood, but I could never articulate why. I was drawn to those guys early -- there was something about the way they did things.”

The show at Continental Club on Friday, March 14