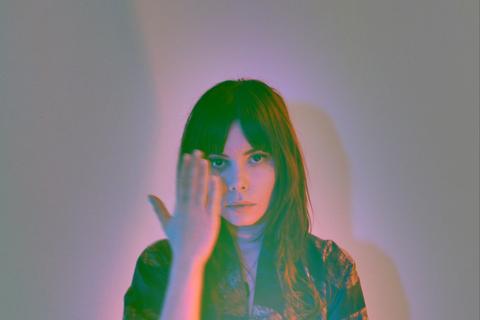 FEATHERS is the work of American electronic-pop singer/ songwriter Anastasia Dimou. Her debut album, IF ALL NOW HERE, was released in May 2013, followed by the January 2014 EP ONLY ONE.

FEATHERS was hand-picked by Depeche Mode as support for their 2014 European tour and has performed at All Tomorrow's Parties in Minehead (UK), SXSW, Field Day (London), Dot to Dot, The Great Escape, Fun Fun Fun Fest (Austin), and Austin Psych Fest.

“[Land of the Innocent-] dystopian future-world aesthetic with a pop sensibility and rhythms tough enough to pass muster in the realm of the industrial… makes you wonder why there hasn't been such an all-female group before."
- The Guardian

“'If All Now Here' a shimmering tribute to night-staking heroes like the Cure and Depeche Mode.”
– Entertainment Weekly

“Charming all who stumbled across them, their industrial-tinged synth sound might go directly against music’s current psychedelic love-in but that just makes them all the more crisp and refreshing.”
- NME

“Falling somewhere between sunset in a Michael Mann film (or maybe Talking Heads’ “Remain in Light”) and a car speeding through the desert in the middle of the night.”
- Austin American Statesman

"Singer Anastasia Dimou always seemed to be attempting to conjure a mood, waving the audience to her and then pushing them away as if the stage was something she was floating on… It was impressive, and not just because the songs had hooks, but because they managed to create a sense of mystery."
- Los Angeles Times