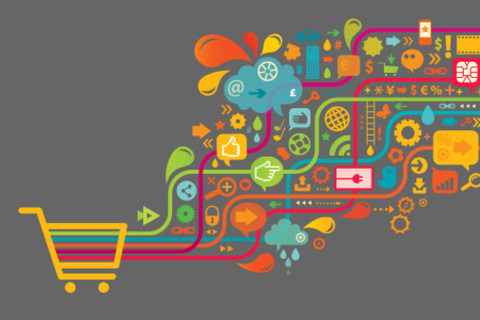 These days content is popping up in subtle, unexpected places, extending far beyond the blogs magazines and newspapers we traditionally rely on. As more and more retailers are creating new mediums to directly interact and share information with customers, we’ve come to view our favorite brands in a whole new light. There are many unique ways retailers and e-commerce sites are utilizing content and now, thanks to quality, authentic content, company stories are resonating with customers on an emotional and personal level now more than ever. Sites rich with lifestyle content like Birchbox's 'The Magazine' shape the role brands and companies holistically play in a customer’s life by offering how-to tips and advice that extend far beyond marketing a product. In this session, experts will speak to the changing consumer relationship and how effective storytelling can, and often times, does lead to strengthened brand loyalty.

Jeff Pyatt is the Head of Global PR Initiatives at Outbrain. In this role, he leads Outbrain's content discovery business across all industries with a special focus on public relations and retail. As such, Jeff has become an advocate for the PR industry within the company. He is passionate about the power of good storytelling and content-based journalism to develop brand loyalty. Prior to joining Outbrain, he worked in publishing and politics, including editorial and business development roles at RealClearPolitics, Yahoo! News and Health Central, and communications roles in the office of Sen Harry Reid and Sen. Jim Webb's winning 2006 campaign.

Jeff's a vocal advocate for expanding the role of the PR and retail industries in content marketing and believes they will win at content by leveraging their best asset: journalists and great communicators.

Mollie joined Birchbox co-founders Katia Beauchamp and Hayley Barna in July 2010, shortly before they launched officially in September 2010. In the early days she wrote all the product pages, articles, and tweets herself; now she oversees a team of rock star editors and writers who produce monthly video, magazine, and social content. (She still obsessively follows Birchbox’s Twitter feed.)
Before Birchbox, Mollie spent five years as an editor at Condé Nast Traveler, where she worked on everything from luxury spas to up-and-coming chefs. A Miami, Florida native, Mollie has a bachelor’s degree in Social Studies from Harvard University.

Headquartered in New York City, Birchbox now has more than 400,000 subscribers, and extended into men’s products in April 2012 with Birchbox Man. In September 2012, Birchbox acquired Paris-based JolieBox, gaining presence in France, the UK, and Spain to take the company global and become the international market leader in discovery retail.