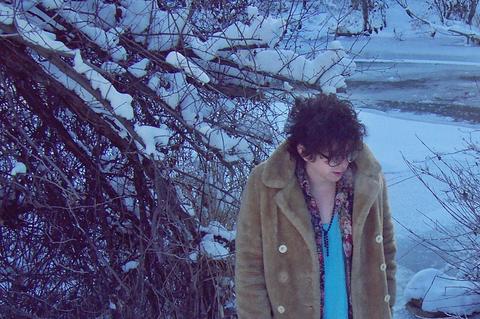 Trevor Powers, whose stage name is Youth Lagoon, began writing his debut albumThe Year of Hibernation in 2010. Based around the idea of psychological dysphoria, Powers tried to document the trailsof his mind through songs of minimalism and hypnotic ambiance. Powers later described his writing process as "my mind communicating with me, not the other way around...it can take me to scary places but I've realized those bizarre thoughts I have don't define me." After signing with Mississippi-based label Fat Possum Records in 2011, he toued much of the following year before going back into solitude to write.
Wondrous Bughouse, Powers' sophomore album (due March 5 worldwide via Fat Possum), was spawned from what he describes as "becoming more fascinated with the human psyche and where the spiritual meets the physical world." During the time he wrote, Powers became intrigued with the metaphysical universe and blending those ideas with pop music.
"Youth Lagoon is something so personal to me because writing music is how I sort my thoughts, as well as where I transfer my fears," explains Powers.
"My mental state is usually pretty sporadic...a lot of this record was influenced by a fear of mortality but embracing it at the same time. Realizing that human life is only great because it is temporary. Experimenting with ideas about dimensions. I'm not a gifted speaker, so explaining things is difficult for me. But music always makes sense."