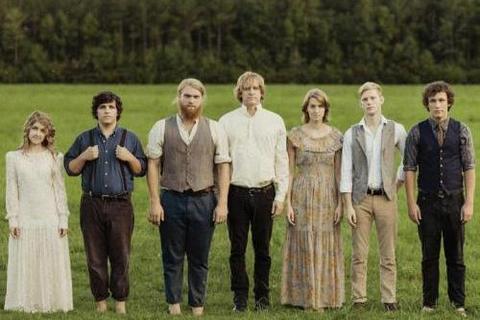 The Last Bison is anything but typical. The seven-member ensemble led by Ben Hardesty has seemingly risen from the marshes of southeastern Virginia to captivate the national music scene with a rare blend of folk that is poetically steeped in classical influences. Band members describe the sound as “mountain-top chamber.” Already the band has drawn flattering though imperfect comparisons to indie rock superstars the likes of Mumford & Sons, The Decemberists and Fleet Foxes. Flattering because each of those bands has carried folk rock into the main- stream; imperfect because none of them have a front man that shares the stage with his father and sister, nor uses a 75-year-old chaplain’s pump organ and Bolivian goat toenails on stage. The Last Bison is a tight knit community of family and friends that boasts a sound all its own.