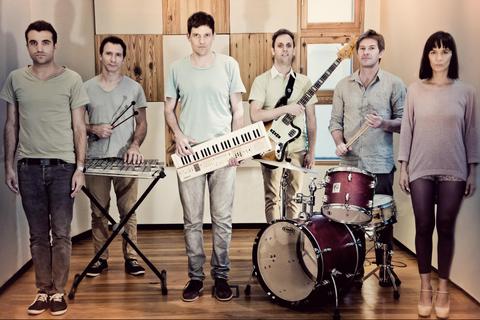 CAMPO is a musical project and band created by musician and producer Juan Campodonico.

The project mixes indie pop, electro, folk and rock with tango, cumbia and 50´s and 60’s latin music, blending them into an updated and sophisticated pop context, with tracks performed in both English and Spanish.

CAMPO define their style as “Subtropical Music”. The term marks an ironic way of setting the differences with tropical music and also makes nods to other genres such as cumbia villera, the urban sound born and bred in the marginal neighborhoods of Argentina and Uruguay.

CAMPO is built upon the instrumental spine of Bajofondo’s musicians – the musical ensemble from Rio de la Plata, created by Campodonico and Gustavo Santaolalla – and a group of composers and performers from different genres and different locations such as songwriter Martin Rivero, Swedish singer Ellen Arkbro, VJ and singer Verónica Loza, electronic musician Pablo Bonilla. The album also features a special collaboration with Jorge Drexler.

CAMPO’s debut album has been released in early 2012. It was produced by Campodonico himself alongside iconic producer and two-time Academy Award winner for Best Original Score Gustavo Santaolalla (Brokeback Mountain and Babel) with Joe Chiccarelli, sound engineer of The Strokes, The Shins and The White Stripes, among other artists.