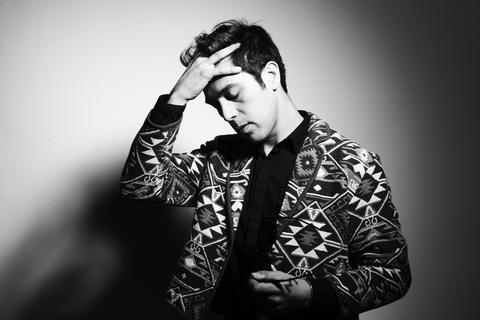 Gepe is the alias of Daniel Riveros, Chilean musician surprised the press and public after the successful release of their first album "Gepinto" (Quemasucabeza, 2005). The album featured a new reading of folklore through pop melodies. After released "Hungary" (Quemasucabeza, 2007) and the following year, Gepe released the EP "Las Piedras". In 2010, the singer released his third album, the acclaimed "Audiovisión" collaborations with Jorge Gonzalez, Fakuta, Javiera Mena and others. In October 2012 he presented his latest full length "GP" before a capacity crowd at Club Chocolate (Santiago de Chile), establishing himself as one of the country's leading songwriters. In his career include performances at the tenth version of the Vive Latino Festival in Mexico, the Day of Music and Primavera Sound in Spain, SXSW and LAMC in the U.S., in addition to Primavera Fauna and Maquinaria in Chile. In April 2013 he will perform in Lollapalooza Chile.