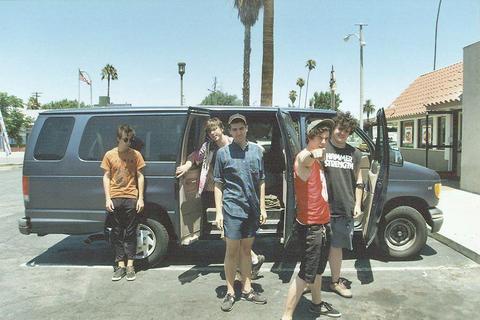 Listen to Stand in the Sand

Coming off a national tour and their first full-length effort, Twin Peaks have been making a buzz in Chicago's music scene lately. Recognized initially for their raucous and sweaty live shows, their debut "Sunken" manages to hold up to their live act, rolling catchy hooks, chorused guitars, chugging rhythms, and pure rock and roll all into one fantastic album. While there is no shortage of sophistication in their arrangements,the songs still stay true to their youthful reality — whether it's about pretty girls, smoking and drinking in the park, or being rascals around the streets of Chicago, Twin Peaks provide a refreshing blend of unapologetic honesty and a fresh garage rock sound.