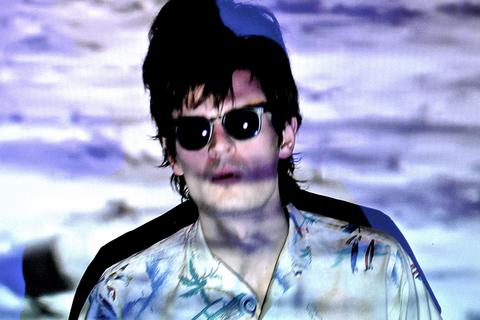 Calvin Love’s music—the way it sounds—gives away the process responsible for its creation. Its sparse musical landscape is populated by thin guitars, electronic drums, and occasionally vintage synthesizers, which add a wooly, electronic warmth to the focused, slender arrangements. The lo-fi, cassette, 4-track fidelity sets a very particular ambiance throughout New Radar, one that Love’s extremely comfortable in. The music sounds far away, isolated, like an intimate transmission generated via either antique or alien technology. It’s somehow both retro and futuristic. The hooks are arena-rock big, but Love’s use of primitive home-recording gear invokes the folksy approach of the bedroom mode, that squeezed, pop music in miniature indebted to a lineage spanning Ariel Pink to Unknown Mortal Orchestra.

Love’s real story is that he’s from Edmonton, Canada where there are long, cold, dark winters—conditions he claims are conducive to holing up and cranking on the bedroom music. He’s got a tumblr full of neatly Instagrammed pics documenting lonely street scenes and expansive, vaulting skies. His music and look play at the timeless role of the wistful romantic, sleeves rolled up, about to flee from one trouble to another on his motorbike. Love’s got an earnest and endearingly fastidious relationship with nostalgia. He’s interested in a strange, beautiful sparseness, but also an unpretentious, modern, everyman appreciation for classic FM hits.
-a sponto via AD