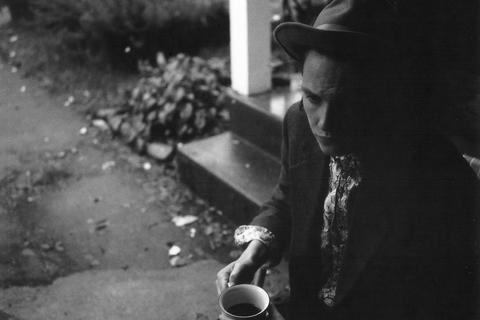 Singer/songwriter Colyn Cameron of Wake Owl has been immersed in the world of music for the past ten years. Now based in Vancouver, BC and Portland, OR, Colyn was originally born and raised in southern California. “In the beginning I was mostly into rhyme stuff/hip hop,” Colyn notes, “I wrote rap basically. I used to go around the school ground rapping my verses to whoever would listen. Then about seven years ago I picked up a guitar and taught myself basic stuff and immediately began writing songs.”

After graduation Colyn trained in organic agriculture at Emerson College in England, worked on different farms throughout the UK, Germany, Chile and Canada, and traveled the world. Colyn found his journeys to be a catalyst for writing songs. “My writing process is always changing. I usually find the most inspiration after these long periods of not having too much of my own space, touring or traveling. A lot just tends to pour out rather quickly,” he reflects.

Upon returning to Vancouver, Colyn spent some time playing in bands before deciding to record the songs he had written after his journey, and thus began the Wild Country EP. “With this EP I was really focused on just creating recordings I could be proud of and felt connected to as a group of songs. I wanted to capture and represent, in all its instrumentation and arrangement, what those songs mean to me,” says Colyn. The result is a five-song EP that harvests raw, honest, emotion through Colyn’s words and melodies.

The Wild Country EP will be made available nationwide via Vagrant Records on January 29th, 2013.