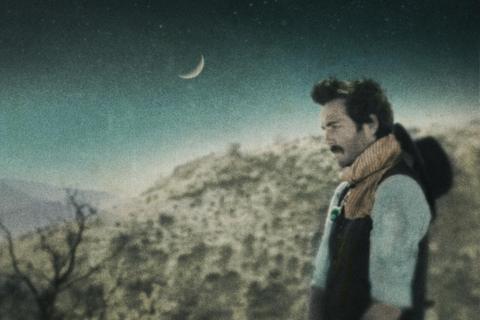 Lord Huron is a musical and visual project created by Ben Schneider. Originally a solo project, collaborators now include Mark Barry (percussion, vocals), Miguel Briseno (bass, percussion) and Tom Renaud (guitar, vocals). Ben Schneider was born in Michigan and started playing music as a child. He studied art in college and lived in France and New York before moving to Los Angeles in 2005 to pursue a career in the visual arts.

In May 2010, Schneider traveled home to Michigan and spent a week on the shores of Lake Huron. There at the lake, where many of his formative experiences had come to pass, Schneider recorded the three songs that would comprise the Into the Sun EP. He released the EP online in June and dispersed a small number of CDs complete with his own artwork. Lord Huron's first live show was in August 2010. Schneider released his second EP, Mighty, in November 2010.