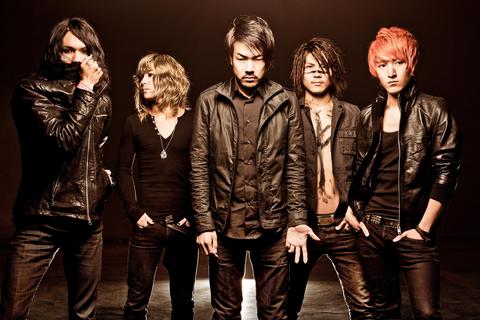 Unique in their home country of Japan, CROSSFAITH combine metalcore, hardcore, samples and electronica to create groundbreaking music that transcends genres. Their 2009 debut album ‘The Artificial Theory For The Dramatic Beauty’ (Zestone Records) served as the catalyst which kick-started the Japanese screamo / metalcore scene and they have been at the top of their game ever since.

It didn’t take long for the bug to catch – soon after their debut release the band found themselves opening for a diverse set of acts such as Machine Head, Hatebreed, August burns Red, Piece The Veil, blessthefall and Alesana to name but a few before playing to thousands of fans at the prestigious Loud Park Festival in Japan.

2010 saw the phenomenon spread west - ‘The Artificial Theory…’ received a European release on Gan-Shin records and was met with critical acclaim throughout. With an unstoppable work ethic the band hit the studio to record their sophomore release ‘The Dream, The Space’ with producer Andrew Wade (who’s credits include A Day To Remember). Released in Japan in April 2011, the band took to the road to promote the record, playing to 10,000 fans at Summer Sonic festival which helped garner interest from infamous US label Tragic Hero. Soon the band toured outside of Japan for the first time, opening for Parkway Drive across China and Alesana in South Asia.

After blowing crowds away on their debut UK tour in support of ‘Of Mice & Men’, and later returning with ‘While She Sleeps’ before heading out the Europe with ‘Bleed From Within’ and ‘Bury Tomorrow’; the band returned to the UK on November 10th as part of the Vans Warped Tour at London’s Alexandra Palace, with fans clamouring to get a glimpse of the band described by Metal Hammer Magazine as ‘one of the best live bands to break in the last ten years’.

Having released the incredible ‘Zion EP’ Worldwide to critical acclaim, the band return to The Machine Shop NY with ‘Zion’ producer ‘Machine’ (Lamb of God/Everytime I Die/Four Year Strong) to begin work on a brand record, set to send shockwaves through the music world in Summer 2013.

Check out the incredible promo video for ‘Monolith’ at http://www.youtube.com/watch?v=Yu1CgWt26VI