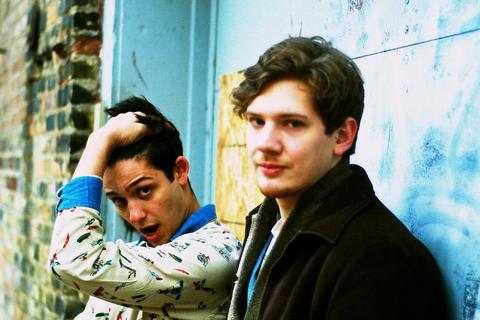 Strange Names is a Minneapolis pop duo comprised of Brooklyn native Liam Benzvi and Minneapolite Francis Jimenez. The two began writing and playing music in 2010, creating some internet buzz from the US and UK. They have put out two EPs, of which the most recent, Strange Names EP features “Potential Wife,” now heard on US radio. The duo just finished recording a 7” single and B-side with White Iris Records (Los Angeles, CA) slated for a release in March 2013.

The show at Friends on Wednesday, March 13