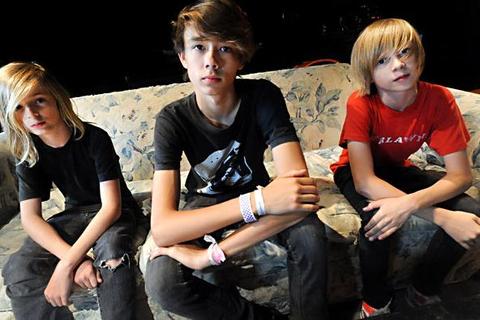 The Austin band Residual Kid consisting of members Max Redman (12), Ben Redman (14), and Deven Ivy (14) have quickly made a name for themselves in the few years that they have been penetrating the local Austin music scene with their unbridled style of rock that pushes the envelope of inspiring and awe. A band of a combined age that equals the single age of most seasoned professionals in the scene, Residual Kid are setting the new standard for rock. It's heavy, it's grungy, it's punk, it's honest, and a whole lot of fun.

The show at Palm Door on Saturday, March 16