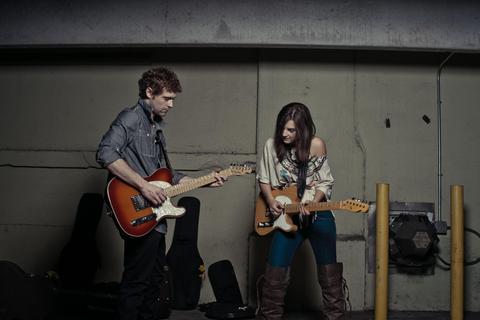 Listen to When The Right One Comes Along

Simply stated, Striking Matches, made up of Sarah Zimmermann and Justin Davis, came to Nashville to play music. Sarah, a Philadelphia native and Justin from Atlanta met when a professor at Belmont University paired them at random to play for a classroom full of guitar majors. Consequently, their first performance was the first time they had ever played together. The pair has been writing and performing ever since. Their influences range from Jerry Reed to the Beatles, John Mayer to Patsy Cline, and back again. It becomes more obvious every day that they were born to play music together. Their debut self-titled EP was produced by Luke Wooten (Dierks Bentley, Dustin Lynch) and was all co-written by the band. It was released in October of 2012. Career highlights include their December 2012 debut on the Grand Ole Opry and placement of their song "When The Right One Comes Along" on ABC's hit show "Nashville."

The show at Vice Bar on Friday, March 15