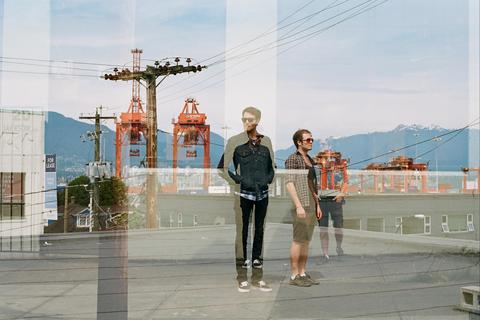 Bear Mountain began as the bedroom project of Ian Bevis. After releasing early demos and remixes online, Ian caught the ear of long-time friend and collaborator Kyle Statham. Soon thereafter, Ian's twin brother, Greg Bevis, was enlisted as the band's drummer and friend Kenji Rodríguez Tanamachi joined as a full time member to create and manipulate live visuals to add another dimension to Bear Mountain's live show. The band self recorded, produced, and mixed their debut "XO" which will see a release in early 2013. Together, they bring the sounds to the stage by blending live instrumentation with dance style electronics.

Says Ian Bevis, "We were trying to capture a feeling. When we wrote these songs we were just completely honest with ourselves, and I think that comes across in the music."