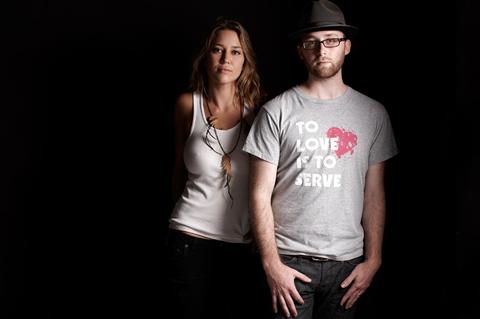 Listen to Willing to Lose

The Wellspring is an indie folk-pop duo from NY, now based in LA, whose music has been described as a “byproduct of the Troubadour era that breathed life into Carole King and James Taylor, soft-speaking musicians who carry big sticks.”

The duo, Talia Osteen & Dov Rosenblatt, toured North America opening for Pete Yorn & Ben Kweller to promote their debut EP, which was dubbed the #1 “Indie Album of the Year” by Examiner.com

Their music has been featured on FOX’s hit TV series HOUSE, MD & ABC's COUGAR TOWN, amongst other shows.

Talia and Dov met in New York in 2009 when Dov, then lead singer/ songwriter of local band ‘Fools For April’, met with Talia, then VP at a film production company, about placing his music in their films. Talia fell in love with Dov’s music, and Dov discovered that Talia had sung in a band for years prior to her career in film. Months later, mutual fans of each other, the two decided to take a stab at writing together.

Talia sent Dov a torrent of poems. It was these poems that sparked him to write music fervently into the wee hours of morning. It was this music that would inspire her to sing again. Together, they discovered a wellspring of music. Talia quit her job and the pair spent all their free time writing and recording together in Dov’s home studio. The rest is history...