Tango in the Attic 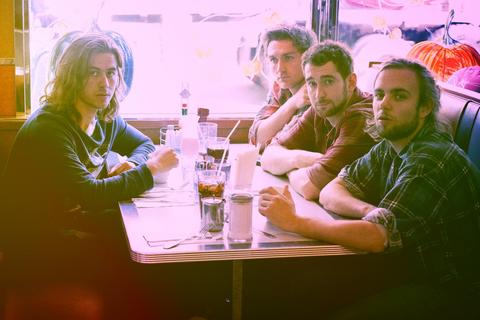 We’re coming to Austin for the following reasons:

1) TO PROMOTE OUR NEW E.P.
We’re at SXSW this year to promote the release of our new E.P Crushed Up. We will secretly stream this extended-player from the start of SXSW at this location: www.fuzzytapes.com/tango

3) TO GET OUR MUSIC PUBLISHED, THEN GET MONEY TO RECORD NEW MUSIC, THEN GET OUR NEW MUSIC PUBLISHED…
We think our music is pretty publishable. Our songs have featured in the following already:
• Schuh National T.V. advert (UK)
• The Real World: San Diego
• The Real L Word
• Gallery Girls (Bravo Channel)
• Cheer Detergent (Online)
Can you help our music reach even further?

4) TO FIND A LABEL THAT WILL HELP US TO PUSH OUR NEXT L.P. TO AN EVEN BIGGER AUDIENCE
We’ve already released successfully released two albums ourselves. Both have received critical acclaim in the US, UK, Europe and Japan (including a video being hosted on MTV Japan), featured heavily in the US CMJ charts and have led to a continual increase in our global fan base. (This is our second year at SXSW; we also played the Ben Sherman Showcase hosted by the British Consulate at CMJ).

All this was achieved off of our own backs. With the help of a suitable label’s strategies, contacts and infrastructure we think we can achieve a whole lot more.

If you have been affected by any of the above issues, contact us at info@tangointheattic.com