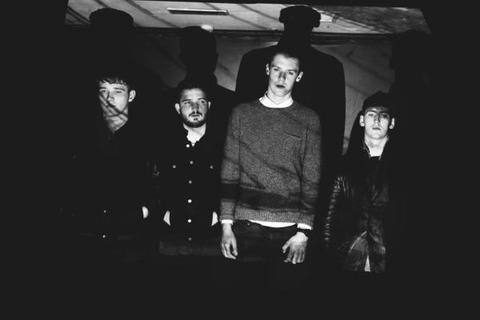 Holy Esque are a 4 piece from Glasgow. After forming in March 2011 and posting a few demos online, word spread rapidly about the enigmatic band's intense sonic morass of distortion and atmospheric soundscapes, landing them coverage on numerous blogs including NME's prestigious 'Radar'. Holy Esque are armed with big riffs, thick crunchy bass lines and perhaps the most unique, yearning vocals ever heard. The band has seen airplay from topping the Amazing Radio chart 2 weeks consecutively as well as featuring on BBC 6 Music, BBC Radio 1 Introducing and BBC Radio Scotland shows.Their debut EP received rave reviews from both NME magazine and Drowned In Sound. The band have supported the likes of WU LYF and Spector and featured as one of three UK bands at Tallinn Music Week 2012. The band will tour with Danish rockers The Raveonettes on their 15 date EU tour in November and December 2012.