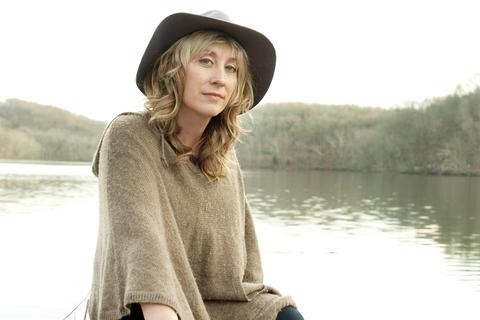 Listen to How To Sleep In A Stormy Boat

"There are voices that serve as a bridge from the past to the future and act as soul connectors, and as a people we need them to keep singing. These voices open hearts with this rare, one in a million quality. Amy Speace has such a voice.
- Mary Gauthier

On April 16, Nashville based Folk/Americana artist Amy Speace releases her fourth album, "How To Sleep In A Stormy Boat" (WindBone Records/Tone Tree). A document to living gracefully with grief, it is a deeply honest 11 song journey that includes guest appearances by her friends Grammy-nominated John Fullbright, Mary Gauthier and Ben Sollee. “It is the most daring, confident, ambitious and beautiful album Amy Speace has made since she began recording…she has never written or sung better,” writes rock journalist Dave Marsh in the liner notes that accompany the record. “Speace’s songs hang together like a short story collection, united by a common vantage point and common predicaments…it’s a gift to hear a heart so modest even when it’s wide open.”

Beginning her artistic career in NYC as an actress and director, Speace worked with The National Shakespeare Company before picking up a guitar and writing songs in her late 20’s. After only a few years of juggling her theater career with increasing regular shows at NYC acoustic clubs, she was discovered by Judy Collins, who signed her to her imprint Wildflower Records, releasing 2 critically acclaimed records, 2006’s "Songs For Bright Str"et and 2009’s "The Killer In Me". Collins recorded Amy’s song “The Weight of the World”, calling it ‘one of the best political songs I’ve ever heard and NYC’s WFUV host John Platt named it as the #4 folk song of the last decade. In 2009, Speace relocated to Nashville and began working with producer/songwriter Neilson Hubbard on Land Like A Bird, which was released in 2011 with Thirty Tigers/Sony(Red). That same year she was featured on Memphis blues/folk legend Sid Selvidge’s record I Should Be Blue. Bird was released in 2012 in the UK followed by a tour with Alejandro Escovedo. She is considered by many to be a ‘torchbearer’, an artist who bridges the gap between the old and new schools of folk music, graceful and elegant, spare and brutally honest in her writing, with a clear and emotionally devastating voice.