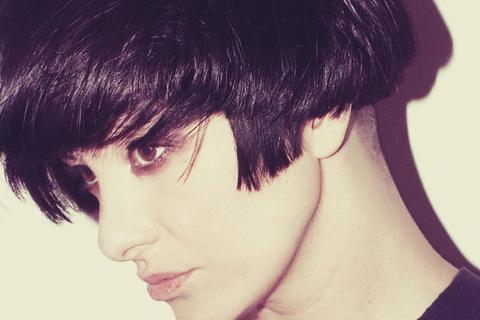 Tying Tiffany has always searched for a sincere and original approach to the various forms of art to which she has always been attracted. And for this reason she chose to attend the Padova Art Institute which allowed her to experiment with various artistic paths from design to photography to performance art, but keeping in mind that only music permits her to reach the full expressive force through an avant-garde style, irreverent and against the current.
With her first single “You Know Me”, released by Get Physical ( Dj T. & M.A.N.D.Y.) from Berlin, she is included in the compilation "Full Body Workout vol 2.”
The debut album "Undercover" dated 2005 is an astounding condensed citationist and an explicit feminist stance. Techno Punk and hardcore rhythms and electro living together with the Industrial past of TT, with her passion for post punk and dadaism. The record attracts great interest from critics and public.
“Brain for Breakfast” follows released by the American label "I Scream Records", an album of passage, rich with collaborations among those with Nic Endo and Pete Namlook. A tour sets off that winds through more than 200 dates throughout Europe in the best international clubs both for rock and electronica. Her performances are unforgettable experiences that find their strength in the alternation of moments of rare intensity as well as of disarming fragility.
2010 is the year of "Peoples Temple" (Trisol Records), album from the most dark shades, (as Fritz Lang’s Metropolis could also be defined as dark) in which TT moves with ease and originality. The title is an an explicit reference to the pseudo-religious cult led by Jim Jones who, on 18 November 1978, became the protagonist of the largest massacre of civilians from unnatural causes before September 11th. The event itself is a pretext that TT uses to broaden her point of view about today’s society, to the total lack of the lack of the ability to discriminate and prevailing ignorance.

"Dark Days, White Nights" (Trisol Records 2012), the fourth album will be released in February 2012. "Drownin'", first single taken from the album, had a prestigious premiere in October 2011, with its inclusion on the soundtrack of the latest edition of the highly popular game for PC and Console from Electronic Arts FIFA 12; Tying Tiffany was the only Italian artist to be chosen among 39 bands from 15 different nations among those picked The Strokes, The Ting Tings, CSS, Kasabian, TV On The Radio, Foster the People...etc.. in what was defined an "Insane International Line-Up" by MTV Iggy.

The first song “New Colony” was included on the CSI: Ney York soundtrack airing February 3rd, episode "Brooklyn 'Til i die" and "Storycide" was chosen by CBS for "Blood Moon" episode No. 3 of the eleventh season of CSI: Las Vegas.

The visual aspect of "Dark Days, White Nights" was curated by the New York-based artist and photographer Pax Palosica, whose idea to use as a guideline the decadence of contemporary lifestyle, was inspired by the collaboration of Michelangelo Antonioni and Monica Vitti in the cinema classic "Red Desert" that had been able to describe with great sensitivity the alienation of a modernity devoid of real meaning.

TT composed the original music for the film trailers of “Coriolanus” directed by Ralph Fiennes and “The Hunger Games” directed by Gary Ross based on the bestselling science fiction novel by Suzanne Collins which is scheduled for release on 23 March 2012.

Her tour has never stopped between European clubs and festivals she opened for: Iggy Pop, The Rapture, Eels, Austra, Stereo Total, Tiga, Deus and Alec Empire.

The show at Soho Lounge on Friday, March 15