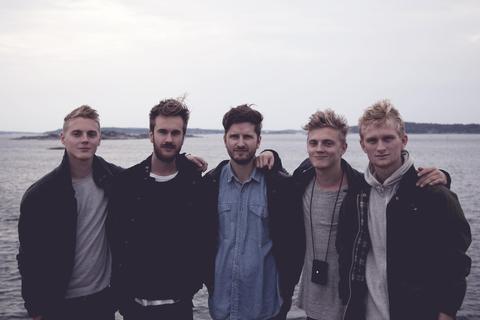 Immanu El (post/indierock) from Gothenburg, Sweden, started as a musical experiment in 2004 by 16-year-old Claes Strängberg and his twin brother Per. The ambition has always been to create something captivating and beautiful. The band has gained a growing reputation to be one of the most promising bands from Scandinavia today and performed over 300 shows in 30 countries since the debut album was released 2008. After four years on the Swedish West Coast, their relationship with the sea has left a clear trace upon the latest album, 'In Passage,' which was released October 29th, 2011. In Fall of 2012, Immanu El performed for their first time in the US at Filter's Culture Collide Festival in LA and CMJ Music Marathon in New York.

The show at Blackheart on Saturday, March 16

8:00PM Mystic Knights of the Cobra