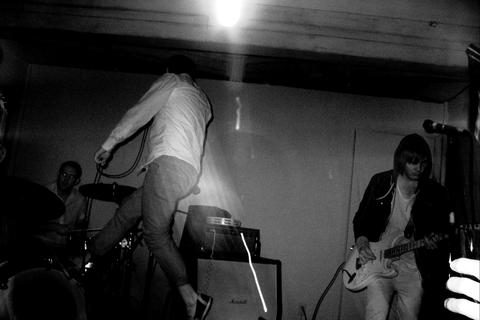 London, ON's Single Mothers has made a compelling case for how red flags, stacked odds and strike outs can somehow inspire a collective recklessness to keep at it. Known for their dangerously explosive live show and the palpable tension that bleeds into their music, the band has ran through 9 members since its inception in 2008, and has broken up countless times.

However, after disbanding in early 2011 the band quietly posted their final EP online. It achieved a cult following and inspired the band to reform the following year.

Pairing feral punk with rock 'n' roll sensibilities, Single Mothers has accepted that all their trials, tribulations and tensions have not only gotten them here but have motivated them to work even harder. And, if that's to be believed then a ton of wrongs can lead to a right.